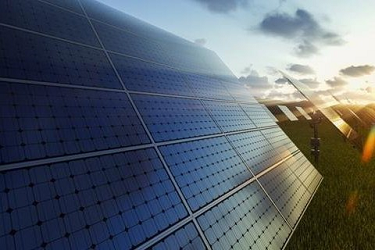 The Internet of Things (IoT) has been one of the top buzzwords which has been discussed in different fields ranging from logistics, healthcare, manufacturing, retail, security to smart city. Common IoT devices include thermostats, light bulbs, door locks, fridges, and cars which connect wirelessly to a network and have the ability to transmit data. In most of the cases, these network-enabled devices are controlled by smartphones and tablets using existing cellular networks, Wi-Fi or Bluetooth. Through mobile applications, we can remotely control IoT applications by interacting with the web server of the connected objects.

While in many cases IoTs work well using existing cellular networks, Wi-Fi or Bluetooth, there are some other situations in which this practice may not be the most efficient way for IoT communications. The following major shortcomings limit the development of the IoT technologies – coverage, power consumption and cost.

Although existing cellular network has a very good coverage in area of mature market and IoTs can work pretty well there, problems happen when the connected devices are located in area with no or poor coverage. Areas which have poor network signal include remote or hard to reach areas, at long distances from the next cellular base station or in shielded areas, such as deep within buildings or underground structures. On the other hand, Wi-Fi and Bluetooth have relatively short range and require many stations with short distances between them in order to get good coverage. Since there is a huge potential of applying IoT technologies in these areas, solving this shortcoming can dramatically boost the growth of IoT market.

Even though the connected devices can still function in poor coverage areas, the device transmitter needs to operate at a higher power as the signal is often very weak and hence draining the battery. Furthermore, most of the applications only require transmitting small amounts of data occasionally and are expected to have battery life of several years. Networks without power saving mechanisms may not be the best choice for those IoT applications as lots of power will be wasted.

GSM, 3G and LTE in which most mobile devices are working on are designed for a variety of service such as mobile voice, messaging and high-speed data transmission. As many IoT applications do not utilize these capabilities and only require low-speed but reliable data transfer, using cellular device may not be efficient and will be too expensive in this case. For the case of using Bluetooth in industrial environment, infrastructure needs to be installed to backhaul the data, which may also lead to a high setup cost.

What is Narrowband IoT (NB‑IoT)?

Compared with other LPWA technologies like e-MTC, SigFox and Lora, it has advantages of improved indoor coverage coverage (20 dB better than GSM) and lower power consumption (10 years battery life). Also, it supports massive connections of 50K connections per cell so that we can make almost everything around us “smart” if we wish. Other inherent capabilities including easy deployment into existing cellular network architecture, network security and reliability, as well as lower component cost also flavor to applications of IoTs.

Advantages of NB-IoT over cellular networks, Wi-Fi and Bluetooth

With the advantages compared with cellular networks, Wi-Fi and Bluetooth, NB-IoT technologies can be applied in different areas such as smart metering, smart cities, smart buildings, consumers, agricultural and environmental as many of these applications involve regular and small data transmissions in possibly poor coverage areas. In other applications, NB-IoT can also provide long‑range connectivity in wearable devices or serve as the backup for the building broadband connection.

Development of NB-IoT in Hong Kong

NB-IoT technologies is still an emerging market in Hong Kong and requires supports from telecommunications industry. Recently, a few of local telecommunication service providers including China Mobile Hong Kong, SmarTone and 3 HK have launched and deployed NB-IoT on their mobile network. In tune with the government’s Hong Kong Smart City Blueprint, 3 HK has also launched 3Innocity project which assists start-ups to develop and launch NB-IoT applications, with the aim of creating an IoT ecosystem to accelerate Hong Kong’s development as a smart city. We, Achiever Big Data, as a member of the programme benefits from this programme as NB-Iot provides us an inexpensive alternative of network for data transmission. With a much better indoor signal coverage, it is also more reliable and stabler than using Wi-Fi network for big data transmission in our smart city location analytics system.